Help us publish C. Castoriadis for the first time in Bulgarian! 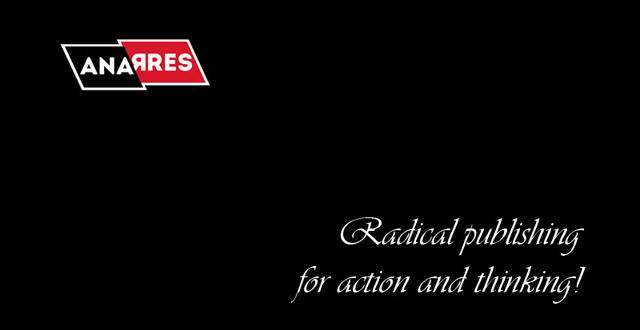 Help us issue the first ever book with works of Cornelius Castoriadis in Bulgarian!

Our next book will be Cornelius Castoriadis’ „The Project for Autonomy“. This book will present for a first time in Bulgarian his concept of autonomy, that has inspired so many activist collectives in Europe and the rest of the world. Besides some fundamental texts on autonomy, the collection will feature public lectures, interviews and some early theoretical works on his controversy with Marxism, his activist position regarding environmental issues, racism, consumerism and the political system of the western liberal oligarchies.

We need around 100-200 euros more for the printing, we’re almost there!

We need your help to make that happen!

We started in 2011 and so far we have issued John Holloway’s „Crack Capitalism“, a collection direct democracy, one on Autonomism and Marxism (with texts from C. Castoriadis, Guy Debord, Raoul Vaneigem, Franco Berardi, Michael Hardt and others), two books on queer issues and feminism and one on anarchism and its praxis in 21 century.

The whole process of issuing a book is based on enthusiasm and voluntary work, all the money we earn from donations or sold books go for the publishing of our next one. We aim to create an alternative model of book issuing and we believe, that we don’t „sell“ books, but spread ideas, models, critical way of thinking and acting. For us the books are a way to reach people that want radical social change and are ready to start it. We are driven by the idea, that another world is possible if we start building it here and now. Our books should not only start a dialogue, but inspire action.

Our books have already inspired people starting their own projects and fighting for a better world. Like the social center in Varna which was opened last year by people who read John Holloway’s „Crack Capitalism“ and want to create new cracks in capitalist domination. We have heard people saying „Hey, I read this here and it sounds like we need to do this and that here and now!“ This is the best!

Because we are not only publishing books, but doing it in a certain way, we show that there is an alternative to capitalism, state and central planing. And we’re showing that it works and that everyone can do it!

Of course, if we are able to continue publishing books we will be able to reach more people and spread new ideas and ways of creating a better world.

If we don’t find the money for printing our next release, that will be it… It will be sad not only because a lot of progressive ideas will not reach more people, but also because this will be the end of a project, devoted to showing that we can start creating a better world here and now with different kinds of actions, including the very process of publishing a book.

Other Ways You Can Help

You can always spread the word about AnarresBooks and the very idea of collectively run autonomous anti-authoritarian book publishing. There might be projects like yours where you live – help them out also!